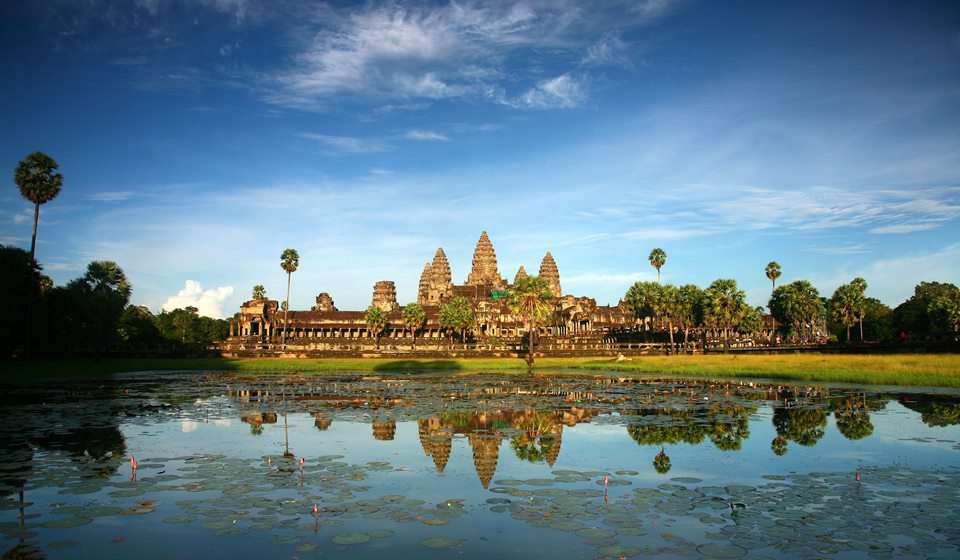 Travel to a land where the new and old fit together simultaneously—the wonderful Cambodia. This 8-day itinerary takes you through the splendours of Angkor in Siem Reap along the Tonle River to the hidden habitat of the endangered Irrawaddy dolphins in Kratie before showing you the blend of royal, colonial, and tragic heritages alive in Phnom Penh today. 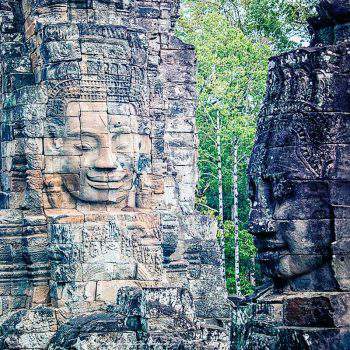 Feel the history of the legendary Khmer empire in Siem Reap, Cambodia’s town of ancient temples and ruins. 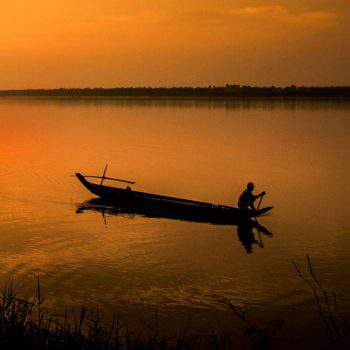 Paddle through the quiet waters north of Kratie to lay eyes on the endangered Irrawaddy River dolphins. 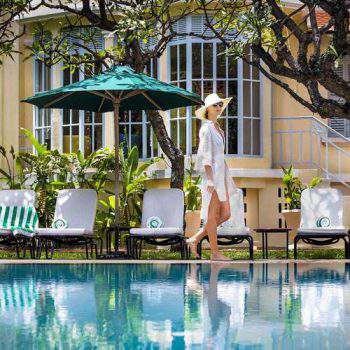 Raffles Hotel Le Royal Phnom Penh is a perfect blend of contemporary style and historic charm offering accommodation with private balconies and garden views. The hotel is just steps away from the Tonle Sap River and the city's founding site, Wat Phnom.

Chum Reap Suor and welcome to the Kingdom of Wonder, Cambodia. Upon arrival to Siem Reap Airport, our representative will greet you and transfer you to the beautiful Sofitel Angkor Phokeethra Resort, a peaceful garden oasis close to the immaculate and incredible ruins of Angkor.

Enjoy the day free at leisure to explore this quaint town’s markets, spas, boutique shops, and museums before attending the classic performance and national dance of the country, the Apsara, during a dinner buffet.

Day 2 : Bask in the magnificence of Angkor Wat

Meet Cambodia’s epic past with a tour of the Angkor Archaeological Park. One of the most important historical sites in the entire region of Southeast Asia, the City of Temples will surely amaze and astound even the most experienced traveller.

Built between the 9th-15th centuries, each complex was at one point the capital of the Khmer empire.  Your tour will begin with a picnic breakfast at Angkor Wat, the masterpiece of Angkor Park, often considered one of the best preserved ancient monuments in the world. Carry on by bicycle to Angkor Thom, famous for its carved faces pointing out in either direction on top of massive 75 ft. (23 m) towers. Within is the mysterious Bayon Temple, the Mona Lisa of Southeast Asia, located at the exact center of Angkor Thom, with a total of 216 carved faces.

Stops will also include the Elephant Terrace, the Leper Terrace, before moving on to the popular Ta Prohm, recognizable from the film Tomb Raider.

After lunch, return to the magnificent Angkor Wat. In the afternoon sun, it seems as if the entire complex is sparkling. Depart from the park in the early afternoon or stay to see the beautiful sunset and return to your hotel in the early evening.

Day 3 : Journey up the Mekong on a luxurious 2-night cruise

Leave the legends and myths of Angkor behind this morning as you depart Siem Reap for your luxury Pandaw Cruise along the Tonle River. Admire the beautiful landscapes of the Cambodian countryside during the 5-hour car drive to Kampong Cham where the boat is waiting your arrival.

Once on board, rest as the boat gently glides towards its mooring point for the evening, sipping cocktails and enjoying a sumptuous dinner on the sundeck.

Day 4 : Catch a glimpse of the elusive Irrawaddy dolphins in Kratie

Wake up the fresh smells of the Khmer countryside as you sail along the Mekong River this morning to the quaint French colonial port of Kratie. Visit local schools in the area to help students practice their English language skills before planting your own small tree in a site dedicated to reforestation.

After lunch, visit the famous habitat of the endangered Irrawaddy dolphins. Return to the ship in the late afternoon and enjoy the luxuries available on board, such as the relaxing spa or just feeling the sun and breeze on your face as you read on the sun deck.

Please note: between mid of February and end of March we are expecting low water levels. Alternate itinerary and excursions will apply should we not be able to reach Kratie and the river dolphins.

Continue the journey down the Mekong and Tonle Rivers past Phnom Penh to a small islet nicknamed “Silk Island“. Appreciate the culture and history of Cambodia by observing the process of creating beautiful silk pieces from the harvest to the loom.

There will also be a demonstration of the ancient Khmer martial art, Bokator, before returning to the ship.

Enjoy a buffet breakfast before disembarkation in the country’s capital, Phnom Penh. Take some time to stroll along the Sisowath Quay Riverwalk, enjoying the wide boulevards flanked by leafy palm trees on either side until reaching the Royal Palace, gleaming in all of its golden glory. As it is the official residence of the King and Queen of Cambodia, most of the complex is off-limits; however, there is still plenty of opportunity to visit famous sites such as the Throne, Moonlight Pavilion, and of course, the Silver Pagoda, home to the Emerald Buddha and 90 kg solid gold Buddha encrusted with diamonds and jewels.

Check-in to the Raffles Hotel Le Royal. The rest of the afternoon is free at leisure to explore Phnom Penh on your own. For those that love history, the National Museum of Cambodia, which holds the world’s leading collection of Khmer art and sculptures and Wat Phnom, a Buddhist temple built in 1373 and the founding site of the city, are perfect ways to spend the afternoon while shoppers can visit the Russian Market or Phsar Thmei to peruse the local wares.

Day 7 : Learn about the tragedy of the Khmer Rouge in the Killing Fields and Tuol Sleng Prison

Learn about the recent dark history of Cambodia by visiting the infamous sites left from Pol Pot and the Khmer Rouge, the Killing Fields of Chuong Ek. Just one of the 20,000 mass grave sites found within the country, Chuong Ek is now a Buddhist memorial to the many lives that were lost between 1975 and 1979.

After your visit finishes, journey back to Phnom Penh and stop at Tuol Sleng Prison, a former school-turned torture center and only 1 of the 150 execution centers used by the Khmer Rouge regime. Nowadays, it is a Genocide Museum dedicated to the victims and survivors and holds many artifacts kept by the Khmer Rouge such as photographs, clothing, preserved prison cells and other items.

Return to your hotel in time to enjoy lunch on your own, with the rest of the day free to shop on Street 178 to peruse local art galleries and boutiques for last minute souvenirs, or to relax in comfort at any number of stylish bars and restaurants on Bassac Lane.

Your day is free at leisure to explore Phnom Penh on your own before a transfer to the airport for onward booked travel arrangements. 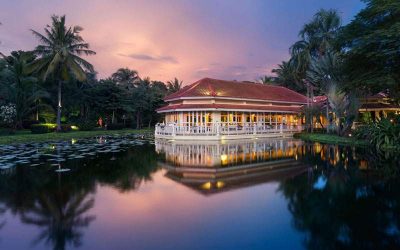 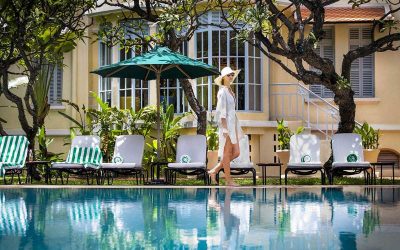 Raffles Hotel Le Royal Phnom Penh is a perfect blend of contemporary style and historic charm offering accommodation with private balconies and garden views. The hotel is just steps away from the Tonle Sap River and the city's founding site, Wat Phnom.