Our 8-day adventure through Cambodia is the perfect blend of culture, action, and relaxation. Feel like Indiana Jones as you marvel at the greatness of the Angkor Archaeological Complex, off-road on ATVs in the Siem Reap countryside, cycle through the surrounding area of Battambang discovering villages and hidden temples, and support local NGO initiatives to protect children throughout the country. 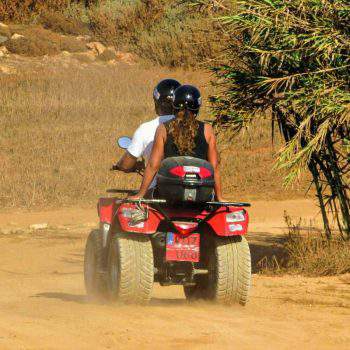 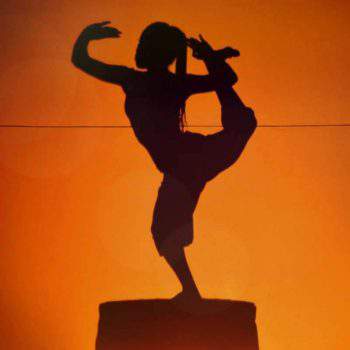 Marvel at one of the largest religious monuments in the world at the magnificent ruins of Angkor Wat. 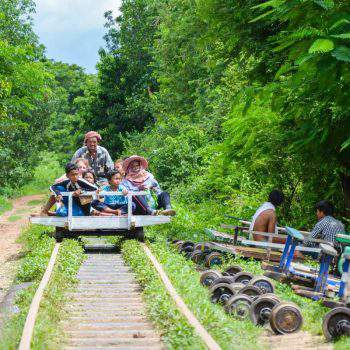 Ride the iconic bamboo train in Cambodia’s charming second largest city filled with colonial buildings and a flare for artistry.

Chum Reap Suor and welcome to the Kingdom of Wonder, Cambodia. Upon arrival to Siem Reap Airport, our representative will greet you and transfer you to your beautiful boutique hotel in the city.

Day 2 : Bask in the magnificence of Angkor Wat

Meet Cambodia’s epic past with a tour of the Angkor Archaeological Park. One of the most important historical sites in the entire region of Southeast Asia, the City of Temples will surely amaze and astound even the most experienced traveller.

Built between the 9th-15th centuries, each complex was at one point the capital of the Khmer empire. Your tour will begin with watching the sunrise at Angkor Wat, the masterpiece of Angkor Park, often considered one of the best preserved ancient monuments in the world. Carry on by bicycle to Angkor Thom, famous for its carved faces pointing out in either direction on top of massive 75 ft. (23 m) towers. Within is the mysterious Bayon Temple, the Mona Lisa of Southeast Asia, located at the exact center of Angkor Thom, with a total of 216 carved faces.

Stops will also include the Elephant Terrace, the Leper Terrace, before moving on to the popular Ta Prohm, recognizable from the film Tomb Raider.

Return to the magnificent Angkor Wat. In the afternoon sun, it seems as if the entire complex is sparkling. Depart from the park in the early afternoon or stay to see the beautiful sunset and return to your hotel in the early evening.

Day 3 : Get your adrenaline pumping with ATV countryside of Siem Reap tour

Get your adrenaline pumping while exploring the beautiful countryside of Siem Reap today by ATV. After a safety briefing and driving lesson, drive along dirt-roads through the countryside and see the day-to-day rural Cambodian lifestyle. Drive past local schools and fruit and vegetable markets before stopping at a local Buddhist monastery to gain some interesting insights into the local religion. Wander through the Angkor-styled Prei Monti Temple before setting down for a local lunch.

The tour continues in the afternoon, visiting numerous villages before stopping at a pre-Angkorian temple on top of Phnom Bok Mountain. Return to Siem Reap in the late afternoon.

Check-out of you Siem Reap hotel after a leisurely breakfast for a short 2.5-hour car ride to Cambodia’s second largest city, Battambang. Check-in to your new hotel and freshen up before joining a late afternoon walking tour of the city’s interesting mix of French and Khmer architecture.

Upon completion of your walking tour, tune in for the night’s entertainment at the internationally acclaimed PHARE Circus, a Cambodian NGO association improving the lives of children, young adults, and their families with art schools, educational programs, and social support since 1994. Watch the captivating combination of ancient myths, contemporary dance and acrobatics used to share the local culture with you.

Day 5 : Take a ride on rickety bamboo train in Battambang

Get to known Battambang better today through the use of two popular Cambodian modes of transportation, tuk-tuk and bicycle. Start your day with a ride on the iconic, rickety bamboo train. Originally used as a means of transportation during pre-Khmer Rouge times. It is referred to as a Nori due to the French influence (i.e. lorry) in the region in the late 1800s.

Then, hop back into your tuk-tuk and drive through the countryside to Phnom Banan, an Angkorian-styled temple at the top of a mountain. Enjoy the gorgeous views of the Sangker River as it winds through sugar palm trees, rice fields and small villages.

Return to Battambang for lunch at Jaan Bai, a restaurant run by the Cambodia Children Trust Organization that helps orphans and street children learn a vocation, before joining a cycling tour of the Battambang countryside to learn about local industry with 6 different stops showcasing how locals create rice paper, dried bananas, rice wine, Khmer noodles, fish paste, and bamboo rice cakes before returning to town.

Drive to the capital of Cambodia, Phnom Penh. Take some time to stroll along the Sisowath Quay Riverwalk, enjoying the wide boulevards flanked by leafy palm trees on either side until reaching the Royal Palace, gleaming in all of its golden glory.

As it is the official residence of the King and Queen of Cambodia, most of the complex is off-limits; however, there is still plenty of opportunity to visit famous sites such as the Throne, Moonlight Pavilion, and of course, the Silver Pagoda, home to the Emerald Buddha and 90 kg solid gold Buddha encrusted with diamonds and jewels.

Check-in to your boutique accommodation and enjoy the rest of the afternoon free at leisure to explore Phnom Penh on your own.

Learn about the recent dark history of Cambodia by visiting the infamous sites left from Pol Pot and the Khmer Rouge, the Killing Fields of Chuong Ek. Just one of the 20,000 mass grave sites found within the country, Chuong Ek is now a Buddhist memorial to the many lives that were lost between 1975 and 1979. It is also a monument to the many who survived the atrocities committed and an educational tool to ensure history does not repeat itself.

After your visit finishes, journey back to Phnom Penh and stop at Tuol Sleng Prison, a former school-turned torture center and only 1 of the 150 execution centers used by the Khmer Rouge regime. Nowadays, it is a Genocide Museum dedicated to the victims and survivors and holds many artifacts kept by the Khmer Rouge such as photographs, clothing, preserved prison cells and other items.

After lunch, the rest of your day is free to discover the city on your own. For those that love history, the National Museum of Cambodia, which holds the world’s leading collection of Khmer art and sculptures and Wat Phnom, a Buddhist temple built in 1373 and the founding site of the city, are perfect ways to spend the afternoon while shoppers can visit the Russian Market or Phsar Thmei to peruse the local wares.

Your day is free at leisure to explore Phnom Penh on your own before a transfer to the airport for onward booked travel arrangements. 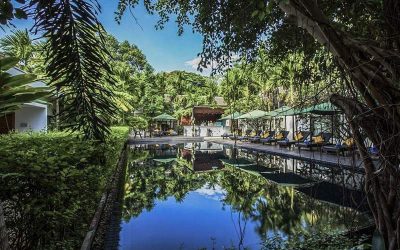 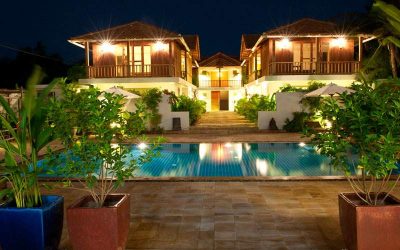 Inspired by traditional Khmer art, Bambu Battambang Hotel showcases 16 luxurious rooms spread over 4 buildings. The hotel provides facilities to help you relax after a day of exploring including an outdoor pool, lavish spa, and verdant garden. 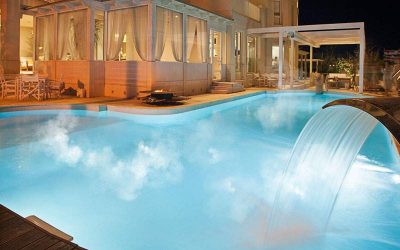 La Rose Suite is a lovely boutique hotel in Cambodia's bustling capital. The 68 rooms have a distinct style reflecting the fusion of Angkorian culture and Indochinese charm. There are two swimming pools and three dedicated rooms in each hotel wing offering wellness treatments.