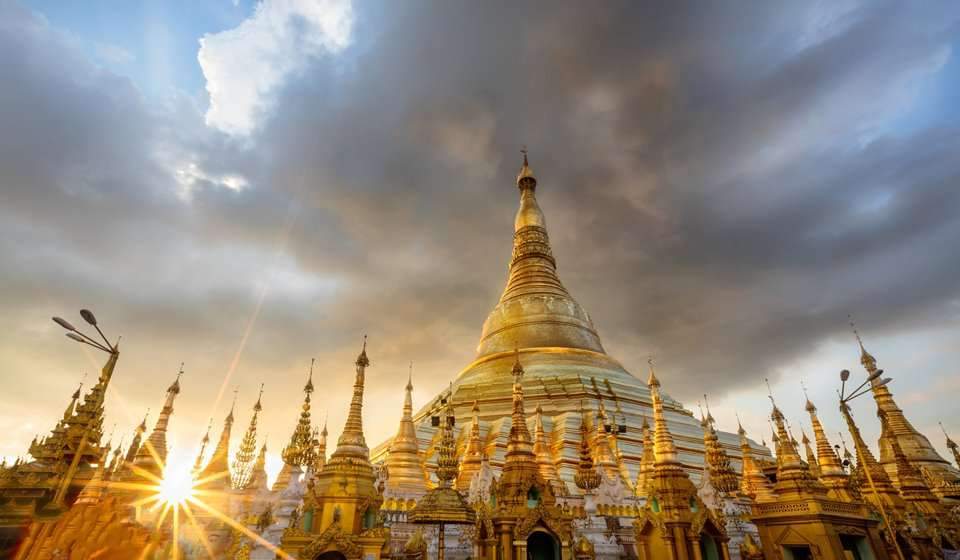 A glimpse of Thailand and Myanmar

A glimpse of Thailand and Myanmar

Combine classic Thailand with mysterious Myanmar on this 10-day trip to Thailand and Myanmar. Fun for the whole family awaits with boat trips and ethnic minorities at Inle Lake, a cycling tour of ancient Bagan, and kayaking down ancient canals in Bangkok. 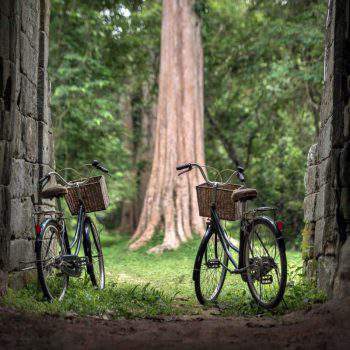 Work up a sweat cycling through some of the best scenery in Southeast Asia. 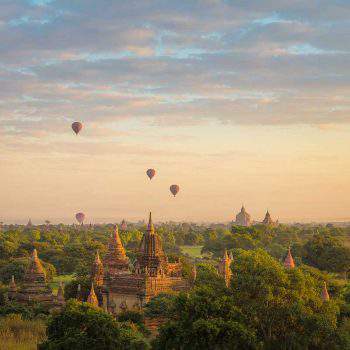 Travel back in time to the ancient city of Bagan and explore over 2,000 temple ruins dispersed through mist and jungle. 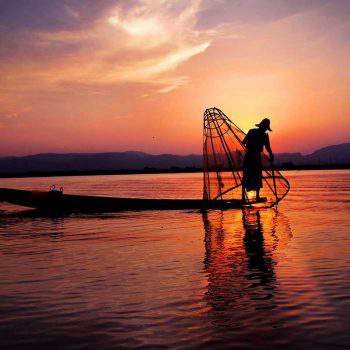 Breathe in the fresh air of serene lake scenes and the surrounding highland countryside of the Shan State’s Inle Lake. 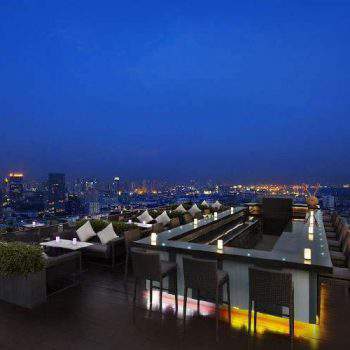 Sawasdee and welcome to the land of smiles. Your tour begins in Bangkok, the center of Thailand and known world-wide for its abundance of sensational foods, glamorous shopping malls, historic sights and sizzling nightlife.

Upon arrival to the airport, our representative will pick you up and transfer you to the Anantara Sathorn Hotel. Enjoy the day at leisure to rest after your long trip.

Day 2 : Voyage through the historic canals of Bangkok

Enjoy a complimentary breakfast before joining today’s half day tour to discover another side of Bangkok. We will begin in Thonburi, a modern and busy district of the city located on the other side of the Chao Pyra River to discover local city life than by boarding a small teak boat and voyaging through the “khlongs”, the historic canals of Bangkok.

After lunch, explore Bangkok’s famed cultural and historical attractions with a private tour through the city utilizing the iconic tuk-tuk and by foot.  Wander through Bangkok’s impressive golden Grand Palace before stopping at Wat Pho to see the immense reclining Buddha. Shop for exotic flowers in the local markets before admiring the views of Wat Arun from a local ferry.

Day 3 : Admire the beauy of Buddhist monasteries, temples and pagodas in Mandalay

A morning flight whisks you away from Thailand to the golden land of Myanmar and her cultural capital, Mandalay. Filled with Buddhist monasteries, exotic temples and glittering pagodas, it’s easy to see why Rudyard Kipling had so much to write about in his iconic poems.

Day 4 : Have a visit to the three ancient capitals of Myanmar

Journey through time to the three ancient capitals of Myanmar today, starting with  Ava, the capital from the 14th to 18th century. Check out Bagaya Kyaung, a teak monastery famous for its detailed woodcarvings and the formal royal monastery of Maha Aungmye Bonzan during an ox-cart ride before heading back to Sagaing, the second former capital situated across the Irrawaddy River. Known to many as the living center of Buddhism, the city contains 600 white-colored pagodas and monasteries, with over 3,000 monks and 100 meditation centers.

Finish the day in Amarapura, the Immortal City, a former capital of Myanmar between 1783-1821 and then again from 1842-1859. The city is well-known for its beautiful handmade silk weavings. Drop by Mahagandayon Monastery, where over 1,000 monks currently study and live, before ending the day at the iconic U-Bein Bridge.

Over 200 years old and fashioned entirely out of teak, the bridge measures a staggering 1.2 km long and is the longest bridge of its kind in the world. Enjoy an exciting stroll across the bridge or join a game of football with the locals!

Day 5 : Try on the traditional longyi clothing and thanatkha make-up in Bagan

Set sail for Bagan in the morning and enjoy a lovely day cruising the Irrawaddy River and observing local life and the surrounding countryside.

Along the way, stop in the small village of Lekkapin to join in and learn how to create the jute hat and observe the simple way of village life.

Dine on board with a hearty lunch as you sunbathe and watch the world pass by. In the afternoon, there is a demonstration to learn and try on the traditional longyi clothing and thanatkha make-up, a type of powder used by women to protect their skin from the sun.

The boat will dock around 5 pm and a pick-up follows, bringing you to Bagan Thande Hotel.

Please note the Irrawaddy Cruise is only available between November and March. For travel occurring between April to October, the transfer will occur by flight or car.

Day 6 : Have a bicycle tour to explore many important sites of Bagan

Enjoy a morning at leisure to rest before getting acquainted with the rich history of Myanmar’s jewel, Bagan. Built between the 11th and 12th century, this ancient city is now a fantastic archaeological site which rivals that of even Cambodia’s Angkor Wat.

In the late afternoon, hop on a bicycle and cycle to many important sites of Bagan, from the ancient Buddhist Shwedagon Pagoda to Gu Byauk Gyi Pagoda with its beautiful mural paintings. Afterwards, continue to one of the most well-known temples in Bagan, Ananda Temple, to view its magnificent architecture and stunning wall paintings. Finally, end the cycling tour at Shwesandaw Pagoda for awe-inspiring sunset views.

Transfer to Nyaung U Airport for a 40-minute flight to Heho, a small town located in the Shan State. Upon arrival to Heho, drive to the Amata Garden Resort along the banks of Inle Lake.

Sit back and unwind as you breathe in the fresh mountain air and enjoy the peaceful surroundings of Myanmar’s Shan State, home to many ethnic minorities.

Enjoy the day at leisure with your family in this peaceful place.

Day 8 : Observe the unique techniques of the local fisherman in Inle Lake

Wake up to a refreshing morning on Inle Lake and fill up on the delicious breakfast before taking a half day tour to Indein Village, home to the Pa O minority tribe and also one of five villages who host the weekly morning market. This market is visited by all lake inhabitants and the surrounding hill tribes and gives us a first-hand look into daily life and work in the region.

Take a gentle walk through the village, following an old path that leads to a 13th century monastery and ancient set of ruins peeking out throughout the jungle.

Then, take a boat ride around Inle Lake to see the unusual rowing techniques of the local fisherman. Pass by villages inhabited by local people with the houses built on stilts and floating gardens before reaching Nga Hpe Chaung Monastery, well-known for not only its Shan-styled Buddha statues but also the resident cats who have been trained to do various tricks.

Return to hotel for an afternoon free for your leisure and relaxation.

Day 9 : Catch a flight to the golden land, Yangon

A flight this morning jets you south to the former capital city of Yangon. Check-in to your room at the Chatrium and freshen up before discovering Yangon’s main attractions.

Visit Sule Pagoda, Kandawgyi Park, and the 2,000-year-old Shwedagon Pagoda, one of the most significant religious sites in the entirety of Myanmar. There will be no doubt in your mind as to why Myanmar is referred to as “the golden land”.

Enjoy your last Burmese day free for leisure until your transfer to Yangon Airport for onward booked travel. 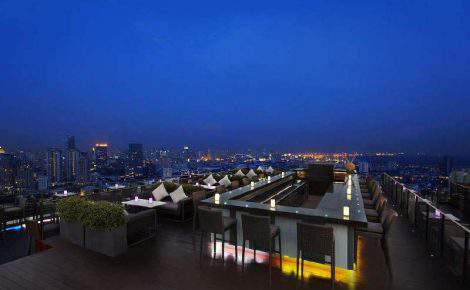 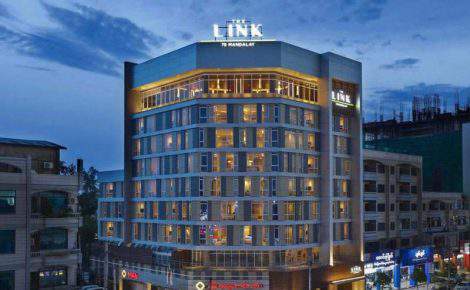 The hotel is well-located in Mandalay, within an 18-minute walk of Cultural Museum & Library and 1.9 km of Sri Ganesh Temple. The Link 78 Mandalay Boutique Hotel is home to 59 bedrooms which are tastefully furnished with TV, free wifi, a private bathroom, complimentary tea etc. 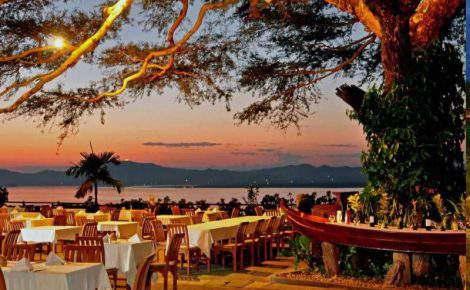 Located on the south-west corner of the ancient walls of Old Bagan City, the hotel offers access to the city's biggest attractions. Some well-known Buddhist Monuments are also within walking distances. Rooms are equipped with air-conditioning, en-suite bathroom. 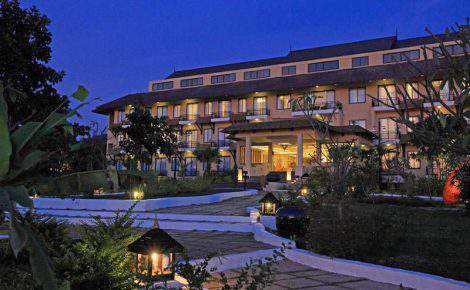 Surrounded by green forest, Shan Hills and the Inle lake itself, Amata Garden Resort features comfortable rooms and free wifi access. Being the only 3-storey in the area, the resort boasts an uninterrupted view of the lake and mountains. 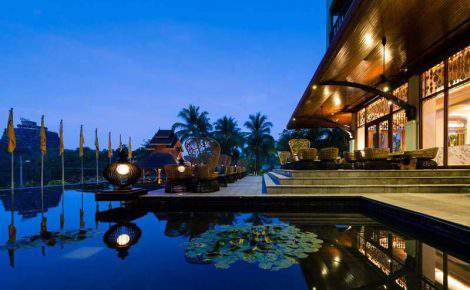